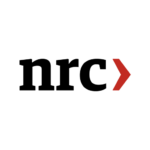 On 27 July 2022, in RT France v. Council, the General Court of the European Union found that the ban on RT France in the EU did not violate the right to freedom of expression and media freedom, under Article 11 of the EU Charter of Fundamental Rights. Notably, the General Court sought to apply principles from case law of the European Court of Human Rights and international human rights law.

However, there are serious questions to be raised over the General Court’s reasoning in RT France, END_OF_DOCUMENT_TOKEN_TO_BE_REPLACED

When news site Apache‘s chief editor and its journalist Stef Arends were acquitted on 20 January 2021 for stalking and invasion of privacy in the so-called Fornuis case, the tribunal’s verdict was considered a boost for journalistic freedom and investigative reporting. The Antwerp Court of Appeal’s judgment of 9 June 2022 (condemning the civil party for abuse of process) confirms strong support for investigative journalism on issues of public interest, while at the same time acknowledging the detrimental impact of SLAPPs (Strategic Litigation Against Public Participation). This criminal case against Apache initiated by business man Erik Van der Paal is a timely illustration of the need to combat abuse of litigation against journalists, media, civil society organisations, academics or other public watchdogs. END_OF_DOCUMENT_TOKEN_TO_BE_REPLACED