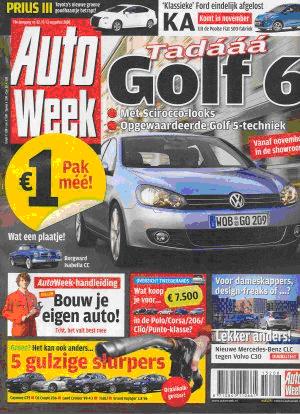 The case concerns a police raid in 2002 at the editorial office of Autoweek, during which photographs of an illegal street race in Hoorn were seized. The photographs had been taken by a journalist of Autoweek after having guaranteed the anonymity of the participants in the race. The police demanded the handover of the pictures to track down the suspects of a series of ram raids in which cash dispensers had been emptied using a shovel loader. Sanoma was of the view that the demand of the public prosecutor to surrender the photographs constituted an unlawful violation of the reporter’s privilege of non-disclosure. The public prosecutor held that the interests of its investigation outweighed this privilege. Moreover, since the race was held in public, the people who were in the photographs could not count on these photographs not being disclosed. In the eyes of the public prosecutor, Sanoma’s reliance on the reporter’s right of non-disclosure could therefore not hold.

The ECHR reached a different opinion. It confirmed once again that the right of journalists to protect their sources is a cornerstone of freedom of the press.

By arresting the chief editor of Autoweek for some time and threatening to seal and search all Sanoma editorial offices (in the weekend of the wedding of the Dutch Crown Prince), thus pressurizing Sanoma into surrendering the photographic materials, the Netherlands has acted in violation of Article 10 of the Convention.

Moreover, this restriction of the freedom of expression lacked the statutory basis required by Article 10 (2) of the Convention. After all, Dutch law allows a public prosecutor to seize journalistic material without judicial control. The ECHR agrees with Sanoma that there should always be prior judicial control with legal procedural safeguards before the public prosecutor may seize journalistic source materials.

The ECHR ordered the Netherlands to pay Sanoma an expense reimbursement of € 35,000.

Previously, the Chamber of the ECHR had still denied Sanoma’s claims, as we already reported here on Media Report. This decision has now been reversed on appeal. After the Voskuil case, the Netherlands has been given another important reprimand in a case about the journalistic privilege of non-disclosure.

In this case before the ECHR, Sanoma was represented by an attorney of Kennedy Van der Laan (Otto Volgenant).

This ruling on a matter of principle may give the last push to attempts for the creation of a statutory basis for the journalistic right of non-disclosure. You can read more about this here (in Dutch).